Skip to content
Home/holiday wishes!/Happy 4th of July!
Previous Next 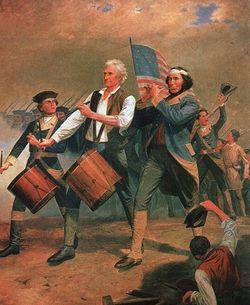 “During the American Revolution, the legal separation of the Thirteen Colonies from Great Britain occurred on July 2, 1776, when the Second Continental Congress voted to approve a resolution of independence that had been proposed in June by Richard Henry Lee of Virginia.[4][5]After voting for independence, Congress turned its attention to the Declaration of Independence, a statement explaining this decision, which had been prepared by a Committee of Five, with Thomas Jefferson as its principal author. Congress debated and revised the Declaration, finally approving it on July 4.”

We hope you enjoy your Independence Day not matter how you choose to spend it!