Skip to content
Home/in the news, second opinions/Your “cousin” in the business
Previous Next

Your “cousin” in the business

I got an email from my cousin last week. He described going to a new dentist. He liked the office and thought the dentist was a good guy.

My cousin is a pretty level headed guy. He’s certainly not distrustful of professionals that I can tell, but he didn’t have a relationship with this new dentist. He was concerned that maybe his dentist was trying to oversell him on dentistry. The dentist was suggesting some pretty expensive treatment that he had never had before.

Health care professionals have a dilemma. There’s an inherent power imbalance in the doctor/patient relationship most of the time. The doctor is highly trained in a very specific area and the patient usually doesn’t have a lot of knowledge in this area. Last year National Public Radio aired an interview with an economist by the name of Dan Ariely that infuriated a lot of dentists. The interview essentially described what a lot of people believe about dentists. Since dentists diagnose dental problems as well as treat them, there seems to be a distinct conflict of interest. Why wouldn’t a dentist represent problems as bigger than they are if they’re going to get paid more?

Dentists got mad. Really mad. The story challenged the dental profession’s ethics and integrity. I have to admit that I was pretty mad about the story myself. You might notice that I commented on Dr. Ariely’s blog and was disappointed that he never replied to the fact that data he quoted in this interview doesn’t seem to exist.

However…when I took a step back I realized that his major point is worth thinking about. Why wouldn’t a dentist take advantage of such an opportunity? There’s no way to standardize dental diagnosis. One dentist might see a cavity where another dentist might want to “watch” the area for changes.

What’s the solution here? Is there any way to know if your dentist is ripping you off?

I suggest that there are things you can do as a patient: 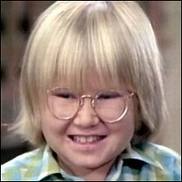 This Saginaw dentist is happy to be a second opinon. Further, I will happily give a second opinion at no cost to the patient or nominal cost if we need more diagnositic information is necessary to reach a diagnosis. We need more patients making excellent decisions about their health and they shouldn’t avoid getting second opinion because it’s very costly.

So are you wondering what happened with my cousin? After we talked (actually IM’ed on Facebook) he actually emailed his dental office and asked for his x-rays because he was seeking another opinion about the proposed treatment. They obliged him and he emailed me his x-rays. Although I couldn’t render a diagnosis simply by looking at x-rays I was able to explain that the treatment his new dentist offered didn’t look out of line from what I could see on the x-rays. You know what’s even better? The dentist called to make an appointment with my cousin apologizing for not explaining the treatment in more detail.

Second opinions make for better treatment decisions. And no one stole anyone’s patient and no one got hurt. Isn’t building relationships with your dentist grand?

Do you need a “cousin” in the business in the Saginaw Valley? I’m happy to do it for you. Email me at alan@meadfamilydental.com or call the office at (989) 799-9133. If you’re not from around here I don’t mind doing some leg work to make it happen. Patients who are better informed make better decisions and that’s good for everyone!