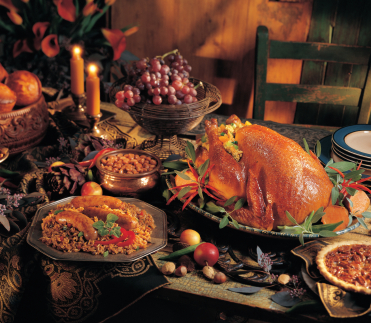 So are you hungry yet?

Thanksgiving is going to require an awful lot of chewing, and chewing requires that your teeth are working the way they’re supposed to.  Are your teeth working like they should?  Are you going to enjoy your Thanksgiving feast?

Are you looking for a Saginaw dentist? If you haven’t had your “chewing apparatus” (aka: teeth and gums!) checked in a while, drop me an email at alan@meadfamilydental.com or call the office at (989) 799-9133.  We’ll get you in ASAP and make sure you’re all set for the holidays!