Don’t hold it against us

The story of Cecil the lion broke yesterday. I think the story is tragic on several levels.

Let me get this out of the way. I think it’s deplorable that someone would want to trophy hunt a lion. My understanding is that it is legal if properly permitted. So I don’t believe it’s criminal. But I believe it is a horrible thing to do. You may disagree with me and I respect your opinion, but you’re not likely going to sway me on this one.

Here’s the problem. Every story I’ve seen about Cecil the lion leads with the fact that the hunter who killed him is a dentist. It seems important to the media coverage that he’s a dentist. In fact, it’s making a lot of dentists I know kind of defensive.

You may be interested to know that dentists aren’t monolithic on the topic of trophy hunting lions. In fact, I think you’ll find most of them feel strongly that it’s a terrible idea. But apparently it’s a very important part of this breaking news that the guy who killed Cecil the lion is a dentist. Why would this be? 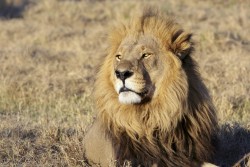 First, most people think dentists are overpaid. Most of the news stories describe the amount the hunter paid to hunt and kill Cecil the lion. Most of the accounts I’ve read claim that he paid over $50,000 for the privilege. Of course it’s not very far from that to “if he’s got $50,000 to spend on that then he makes too much money.” Perhaps there is an argument to be made that dentists are overpaid, but it’s patently unfair to make that argument in the context of this story. This is one guy. One guy who (in my opinion) chose to do something very stupid and reprehensible with his time and money. The fact that he spent a ton of cash to go kill a lion has nothing to do with the price of your crown and it doesn’t mean that dentists get paid too much.

Secondly, many people have had bad experiences with dentists. I can say with confidence that every dentist I know tries their hardest to make the experience as painless and comfortable as possible, but it’s not always possible. If you have an abscessed tooth, they often times hurt. And it’s not our fault that they do. It’s mostly yours. We do our very best to get you out of pain. But unfortunately, dentists get associated with that pain. All dentists carry this burden with them.

But that doesn’t make us bad people. It makes us the people that try to help you when you’re in a bad situation. Dentists can be bad (or more often, very good) people. But it’s completely separate from our profession.

You can defend the guy that killed Cecil the lion or you can hate him. But don’t do either simply because he’s a dentist.

Did this make you want to roar? Do you feel differently about dentists? I’d love to hear about it! You can share any Mead Family Dental post with a “Like” on Facebook, a “+1″ on Google+ or you can even “Tweet” it with Twitter! All you need to do is hover over the heart shaped button next to the title of the post. Or you can leave a comment by clicking on the balloon shaped icon next to the title.